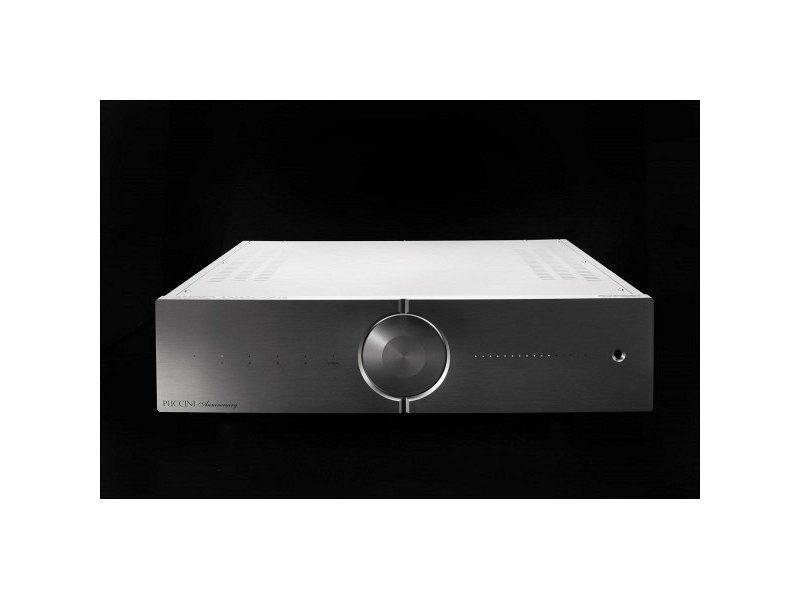 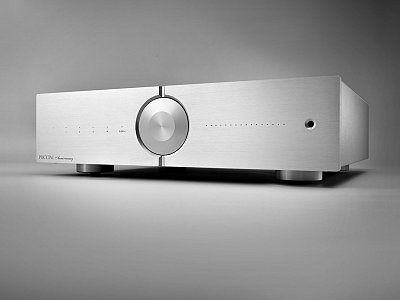 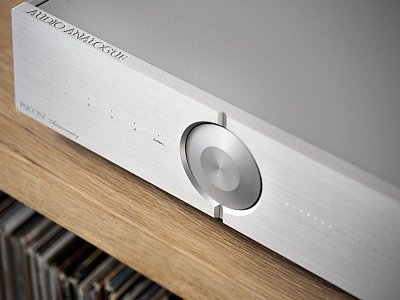 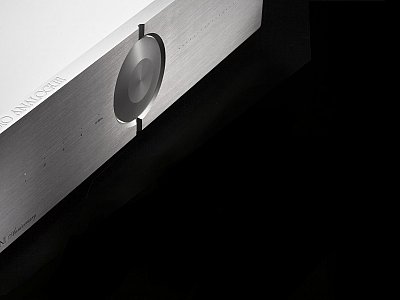 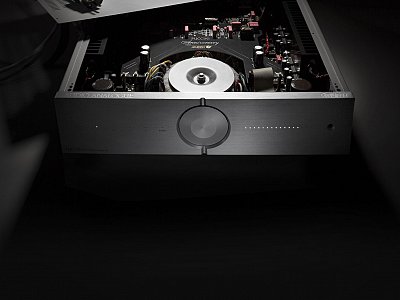 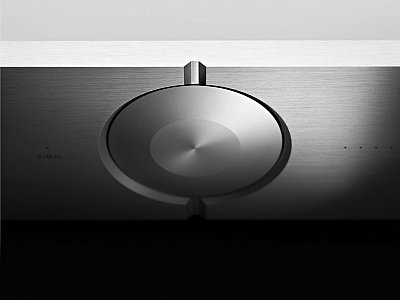 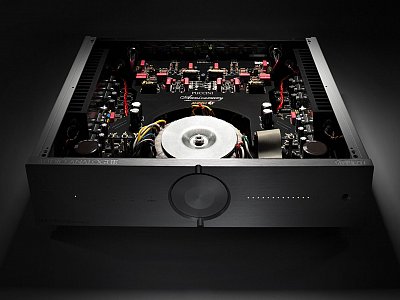 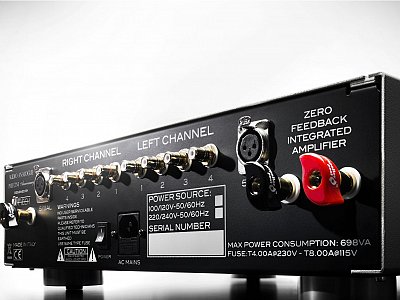 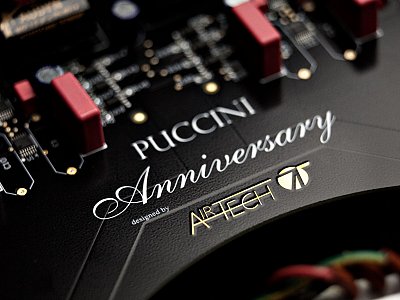 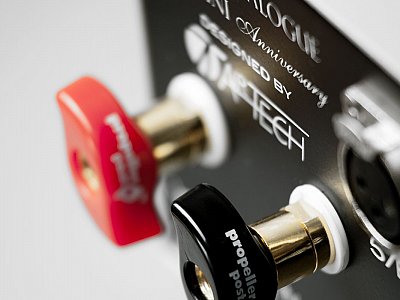 20 years of Audio Analogue, 20 years of Puccini, the two things go hand in hand ... the Puccini, the first amplifier and the first Audio Analogue product and absolute milestone of high fidelity audio.
A small integrated amplifier born in 1995 with the intent to make pleasant listening to music, conceived in ancient times, when the technology was pushed into the background compared to listening pleasure. In the 20 years to follow Audio Analogue has never failed to fulfill this philosophy but times have changed, that's why for the celebration of the twentieth anniversary we decided to propose a Puccini that fell perfectly into the Audio Analogue philosophy, but that at the same time had technical specifications and uncompromising reliability, in line with what the times we live in asks us.

The dream was to create the best Puccini ever, a product that would mark a turning point in the history of Audio Analogue and show the way for what will be the products of the future, created with the intention of giving top sound performances, but also technically very advanced. Products that will keep also another tradition of Audio Analogue, the high quality / price ratio, but at the same time will have no compromise and every feature or functionality will be the maximum you can get for the type of product. Each product will be designed and built exactly for what it must do, beautifully minimalist and targeted the objective of getting the most.

This is certainly a tall order and to begin this new course needed something unique and that is that we have seen the consolidation of an idea born in the Airtech laboratories: development of an integrated amplifier without global feedback. After months of evaluations and tests, the collaboration with Airtech was consolidated, infact they entirely followed the development of this unique amplifier.
But why making an amplifier without feedback and mostly why adopt this philosophy and technical decisions on such an important product for Audio Analogue™ The answer is very simple and comes directly by engineer Andrea Puccini (sometimes fate ...) designer of Airtech team and technical manager of this project: "simply to test and verify the final result. In audio, there are no magic solutions that make it an amplifier a great amp, you must experiment. This is what we said together with my colleagues in the R & D Airtech Team.

We must really say that from the point of view of the laboratory measurements does a great job ... but strictly speaking of audio you can do something different™ Let's see each point
Increases the input impedance: in the audio, you just have impedances of the order of a few tens of KOhm. In Puccini we used a differential stage with an high gain transistor and having (necessarily) a degeneration resistor rather high, the input impedance is more than enough.
Decreases the output impedance: The output impedance is a parameter quite debated. Not everyone is convinced of its importance. Some amplifiers have been made with current output and a very high impedance. In any case in Puccini Anniversary using three pairs of power transistors and we have obtained an output resistance of about 0.2 ÷ 0,3Î© (therefore a damping factor of between 27 and 40).

Stabilizes the gain: In amplifiers with feedaback, the gain depends only on the feedback network. This allows to have a stability comparable to that of the elements used in the aforementioned network. That is not the Puccini. The Anniversary has a differential stage which converts the input signal from voltage to current using a degeneration resistance high enough to reduce the non-linearity. This current passes through a "folded cascode" (therefore in fact has a single gain stage ...) that is converted back to voltage through another resistor. The resistors are obviously stable but the current over time may change slightly. This results in a slow change of the gain in the time of about 5 ÷ 10% in a few hours then stabilizes. The change in volume related to the recording levels of the music is much more significant...
Reduces the power supply disturbs: This is an important quality of the systems with feedback. Any disturbance source that is not present on the input is more or less attenuated. To achieve the same result without feedback you need to have a very well done power supply and particularly the layout to not be affected by the magnetic flux dispersed by the transformer (which then must be a toroidal very well done).

Decreases distortion even up to levels almost not measurable: This is the quality on which you bet more. The feedback works very well from this point of view if the amplifier is well designed (as happens on average). Our question was ... but is this really necessary™ Investigating around we have seen that from studies done, a man, in case of pure tones with low order harmonics, it is able to perceive only values above a few percent. With some higher order harmonics can hear up to 0.5% with difficulty ... The Puccini Anniversary to 50W 8Î© held around 0.3% and 0.8% goes back to 20KHz. Is it enough™ We think so then each of you will give its judgment.
Stabilizes the operating point: This in our view is the most important and absolutely necessary thing. For this reason we have included a DC Servo (then a feedback!!!) that works between the DC current and 0,02Hz. The servo output practically stops at 20Hz, then all the feedback acts out of the audio band. Many amplifiers make use of DC servo and, in our opinion, its presence is not noticeable.
Said that, can we say that the feedback is an absolute evil™ Absolutely not, the feedback is good, sometimes indeed great, but, in the case of the audio, you can live without it. Obviously we are talking about global feedback. The local feedback cannot be eliminated. It can definitely be minimized, but it is there and frankly, in our view, also does very well.
In the end, have no feedback has some advantage™ In our opinion the amplifier without feedback is less sensitive to the type of load to drive. Indeed, apart from the lower damping coefficient, it has much quieter behavior on reactive loads. Has no tendency to oscillate, does resonance peaks at high frequency (in fact in Puccini Anniversary there is no Zobel network) does not saturate the input stages and never has the two inputs of the differential free to be used in a balanced configuration without having to pass the signal through the operational.
But it sounds like ... this is not for us to say, listen and give us your feedback (there is always feedback around...).

So these are the reasons why we have taken the difficult decision to design an amplifier with no global feedback and eventually, in our view, so has proved a winning choice. "
Taking a brief technical and functional description of the Puccini Anniversary, as well as what has been said above, we can add that the unit is very compact and well-sized, both externally and internally. The heavy metal chassis is closed frontally by a brushed aluminum panel with 14mm thickness and the main controls, in addition to the remote control, are entrusted to the recessed central knob which also has a push function for switching on and off, and the input selection. The shape and positioning of the knob have been designed this way as to have a front surface clean and as linear as possible. The knob activates an encoder that in turn communicates with the four digital high precision Analog Devices potentiometers(two per channel). The volume may vary by following one of four possible curves, selectable according to the sensitivity of the speakers. The indications, as for the volume level, as for the selected input, is thanks to the elegant white LEDs positioned behind the front panel. The brightness of these LEDs can be adjusted on two levels, or they can be switched off.
For the inputs have been chosen high-quality gold-plated RCA connectors with Teflon insulation, soldered directly to the input's board and activated via signal relays.
All stages of the amplifier are on separate boards. The printed circuit boards, have golden copper footprints with double thikness compared to standard PCBs in order to increase the electrical conductivity.

The circuitry is fully dual-mono. The transformer has a power of 700VA and together with the six pairs of ON-Semiconductor transistors (three per channel) allows the Puccini Anniversary to reach an output power of 80W at 8Ohm impedance, which can reach up to over 300W at an impedance of 2Ohms, thus making the Puccini Anniversary an amplifier able to drive very well even very difficult loads. All internal wiring is done with pure solid 7N OCC copper conductors and together with the choice of military standards resistors, audiograde polypropylene capacitors, gold plated copper binding posts and a number of other solutions which, mainly Claudio Bertini, founder of Airtech and responsible for the sound fine-tuning reached after long test sessions carried out mainly in the listening room.
After this long and difficult path, today we can say and confirm with great pride that the Puccini Anniversary is the best Puccini ever. 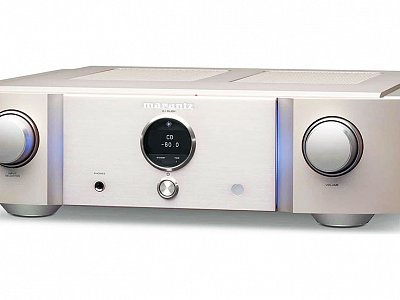 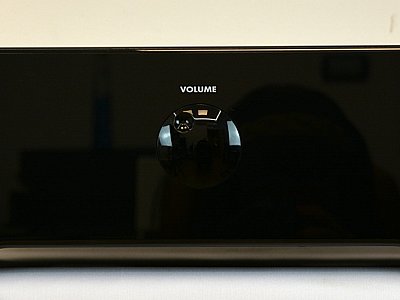 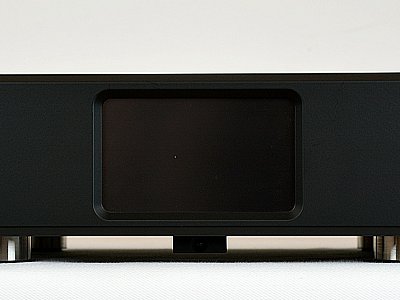