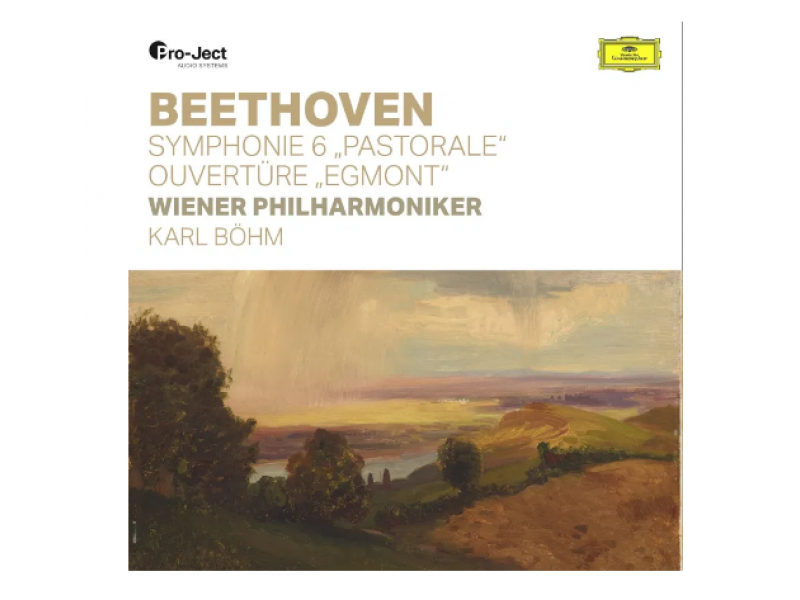 Remastered with care and love from the original master tape by Georg Burdicek
This record was produced in cooperation with Pro-Ject Audio Systems to reproduce the original music and sound experience of this famous concert in the Golden Hall at the Wiener Musikverein. Pressed on 180g premium-quality vinyl in highest precision by Pallas Germany.

In 1803 Beethoven jotted down in his notebook: “Babbling brooks, andante molt[o], the larger the brook the deeper the tone” and wrote out initial sketches for the dance rhythm of the third movement. Five years later he labelled the first three movement as scenes: “Scene: Arrival in the countryside [and] effect on the mood”, “Scene by the brook”, and “Scene: Festive gathering”, to which he added “Even without descriptions the whole will be heard more as expression than as tone-painting”. In the end he prefixed the symphony with the words “More expression of feeling than painting”. Though the symphony was inspired by impressions of nature (Beethoven called it “Pastoral Symphony, or Recollection of Country Life”), this F major composition is not intent on describing natural events. Rather, it was the idea of nature itself that he poured into the form of the symphony, giving it five instead of the customary four movements. Thematically, the work is basically constructed of triads. The opening of the first movement already states the formative material of the following Allegro, which owes its characteristic colour not least of all to sustained pitches suggesting bagpipes and hurdy-gurdy. The “Scene by the brook”, with its onomatopoeic allusions to birdsong, is conceived as an expanded rondo. Whether or not the cry of the cuckoo struck a special chord with Gustav Mahler, just such a cry is found in the opening of his First Symphony.

The third movement, which substitutes for a scherzo, draws its character from the German dance known as a Deutscher. It is a gruff and assertive Allegro that leads directly to the symphony’s dramatic climax: a musical thunderstorm. Here thunderclaps are depicted by 16th-note quintuplets in the cellos and double basses, and raindrops by a flashing four-note figure in the violins. The finale follows without a break, leading once again to the tranquil atmosphere of the first movement. That Beethoven should return to the rondo idea of this movement in his late String Quartet op. 132 has to do with the similarity of their subjects: in the finale of the “Pastoral” the shepherds show their gratitude that the storm has subsided, whereas in the string quartet a man previously afflicted with a severe illness offers thanks to God for his recovery.

Karl Böhm, who was born in Graz in 1894 and died in Salzburg in 1981, occupies a special place in the history of the Vienna Philharmonic. In 1967 this doctor of jurisprudence became the first person to whom the orchestra awarded the title “honorary conductor” – a distinction that has since then been accorded only once more in the orchestra’s history, namely, to Herbert von Karajan in 1980. Just how warmly Böhm felt toward the orchestra is evident in the words that he spoke at his last appearance with the Philharmonic. It was the final recording session for a film version of Elektra by Richard Strauss, who numbered Böhm among his favourite conductors: “I’ve loved the orchestra like a human being ever since I heard it for the first time, standing at the back of the stalls in the Musikverein, and ever since I first conducted Tristan at the State Opera.”

It was the success of this performance of Tristan und Isolde at the Vienna Opera (which Böhm served as director in 1943-45 and again in 1954-56) that led to his début concert with the Vienna Philharmonic in April 1933. His last concert was given in Japan in 1980. If we add to this his 667 appearances at the Vienna State Opera, Karl Böhm, “Austria’s General Music Director”, stood at the helm of the Vienna Philharmonic 1430 times. This figure does not even include the sessions for the many recordings he made with the orchestra during the 48 years of their collaboration. Among them is his rousingly acclaimed complete recording of the Beethoven symphonies from the early 1970s, along with several overtures, including Egmont, composed in 1810 for a Vienna performance of Goethe’s like-named tragedy. All of them bear eloquent witness to a musicianly ideal noted for precision and naturalness of expression, and provide documentary evidence of Böhm’s flawless sense of tempo. 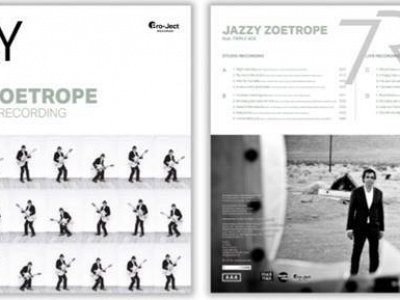